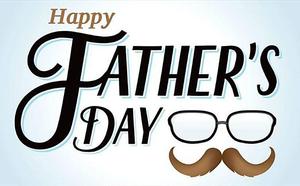 Father's Day is an international holiday to honor fatherhood.
by Imani Collins-Morgan '21
Father's Day is an international holiday to honor fatherhood. This day is celebrated on the third Sunday in June in many countries worldwide. The origin of Father's Day started when a woman named Sonora Smart Dodd, tried to establish a day just for male parents. She and her five brothers were raised by their father, William Smart from the time she was 16-years-old because her mother had died giving birth to her sixth child. She was bothered by the fact that there wasn't a day to honor fathers, so she went to local churches, YMCAs, shopkeepers, and government officials to drum up support for her idea, and she was successful in Washington State when they celebrated the nation's first statewide Father's Day on June 19, 1910. The holiday slowly spread around the world, and in 1924, President Calvin Coolidge urged states' governments to observe Father's Day. However, many men continued to disdain the day, eventually leading retailers and advisers to make the effort of making Father's Day a "second Christmas" for men. They argued that celebrating Father's Day is a way to honor all the father's out there who are taking care of their families and bringing them happiness. These actions led up to Richard Nixon signing the proclamation of finally making Father's Day a national holiday in 1972.